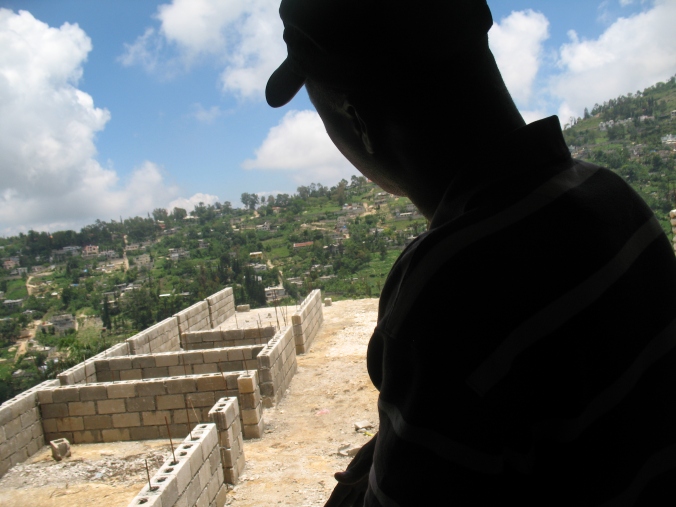 9and when James and Cephas and John, who seemed to be pillars, perceived the grace that was given to me, they gave the right hand of fellowship to Barnabas and me, that we should go to the Gentiles and they to the circumcised. 10Only, they asked us to remember the poor, the very thing I was eager to do. Galatians 2:9-10

It seems the early church had an awareness of how easily the poor can be forgotten. So right there in the middle of their Gospel-planting-strategy-conversation regarding the assignments of the Apostles Peter and Paul, they insist:

The Gospel of Jesus requires us to engage with the poor. Not as an afterthought, but as one of the rhythms of life we are eager to pursue.

Its a leadership issue.

Its a Gospel issue.

Its a Church DNA issue.

Its a heart of Jesus issue.

9For you know the grace of our Lord Jesus Christ, that though he was rich, yet for your sake he became poor, so that you by his poverty might become rich.  2 Corinthians 8:9

18 “The Spirit of the Lord is upon me, because he has anointed me to proclaim good news to the poor. He has sent me to proclaim liberty to the captives and recovering of sight to the blind, to set at liberty those who are oppressed, 19 to proclaim the year of the Lord’s favor.” Luke 4:18 – 19

1My brothers, show no partiality as you hold the faith in our Lord Jesus Christ, the Lord of glory. 2For if a man wearing a gold ring and fine clothing comes into your assembly, and a poor man in shabby clothing also comes in, 3and if you pay attention to the one who wears the fine clothing and say, “You sit here in a good place,” while you say to the poor man, “You stand over there,” or, “Sit down at my feet,” 4have you not then made distinctions among yourselves and become judges with evil thoughts? 5Listen, my beloved brothers, has not God chosen those who are poor in the world to be rich in faith and heirs of the kingdom, which he has promised to those who love him? 6But you have dishonored the poor man.  James 2:1-6

17As for the rich in this present age, charge them not to be haughty, nor to set their hopes on the uncertainty of riches, but on God, who richly provides us with everything to enjoy. 18They are to do good, to be rich in good works, to be generous and ready to share, 19thus storing up treasure for themselves as a good foundation for the future, so that they may take hold of that which is truly life.   James 6:17-19

Remember the poor. The early churches did this very thing. In every community in which the Gospel took root in the hearts of people, their view of people under the grace of God in Christ changed their actions toward them. The Gospel radicalizes the concept of the “image of God” in humanity and compels us to see that Jesus who came from the communion of God entered into poverty and died of all people. The piety rooted in the Jewish heritage of the Apostles was amplified among the nations through the Gospel.

The impact was dramatic. Many historians find the social impact of the Church unavoidable in their examination of the first three centuries after the life, death, and resurrection of Jesus.

For example consider what Elaine Pagels writes about the success of Christianity in affecting change:

When I was working on the book, “Adam, Eve and the Serpent,” I was thinking a great deal about why this movement succeeded, and I thought it may have had a lot to do, as well, with the story they told about the creation. Because they told the story about how human beings were made in the image of God…. Now if you think about the gods of the ancient world and you think about what they looked like they looked like the emperor and his court. So those gods looked very different. But this religion is saying that every person, man, woman, child, slave, barbarian, no matter who, is made in the image of God and is therefore of enormous value in the eyes of God…. That’s an extraordinary message. And it would have been enormous news to many people who never saw their lives having value. I think that is a powerful appeal of this religion…. The Christian movement seemed to convey a sense of human worth in two ways. Both by the story of Jesus and his simplicity and his humility in terms of social status, in terms of achievement, in terms of recognition during his lifetime. And also in the story of creation; it conveys royal status on every person….

When we think about the appeal of this movement to many people it’s certainly clear that some were drawn by the way that this community would take care of people. For example, like other elements of the Jewish community, the followers of Jesus tended to feed the destitute, take care of people who were widowed so that they wouldn’t become prostitutes and orphans and so forth. That was a primary obligation of Jewish piety. And Jesus’ followers certainly understood that. We know that when people joined the Christian communities in Rome, for example, they would be buried. This is not something anyone could take for granted in the ancient world. And this society was one in which people took care of one another. So that is an enormous element of the appeal of this movement.

{To read other historians’ comments on the success of Christianity: http://www.pbs.org/wgbh/pages/frontline/shows/religion/why/appeal.html}

Remember the poor. Essential for discipleship. If we’ve forgotten the poor, are we really following Jesus?

One thought on “Remember the poor.”